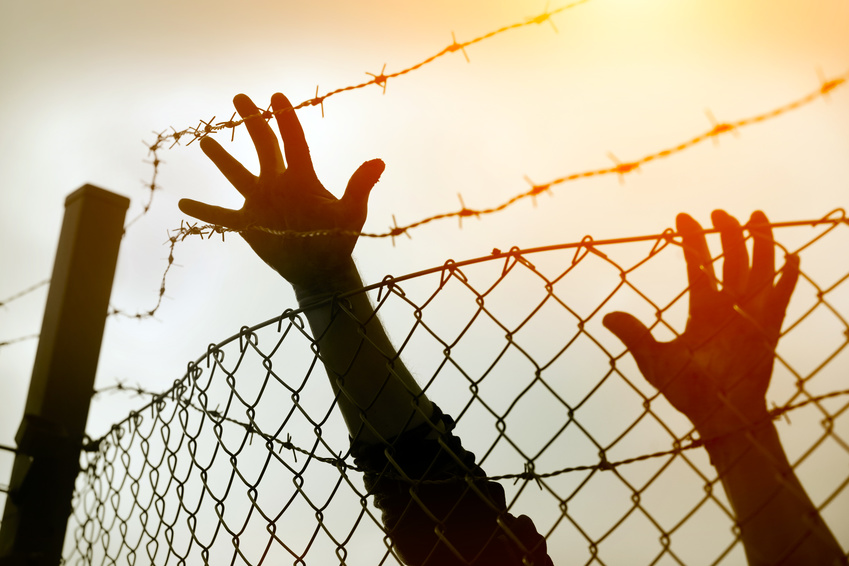 When a crisis unfolds, the accuracy and speed of communications take on a heightened role. Language, in the most general sense, becomes something of an accelerant. Its rate of movement overtakes that of the organized deployment of resources and services, multiplying both the containment and distribution of risk with a velocity that is at once exponential and multi-directional.

When the flow of communication breaks down, language itself becomes the site of a flashpoint. It spawns yet another crisis atop the initial one. It’s easy to imagine how a communications crisis can occur within the closed context of a single language. But when it occurs across multiple languages, the risk and scale of potential harm reaches exceedingly dangerous levels.

The Ebola Epidemic in West Africa

“In the first nine months, if people had been given proper messages, all this could have been prevented.” — Claudia Evers, MSF’s Ebola emergency coordinator in Guinea

Between November 2014 and February 2015, the Ebola epidemic in West Africa claimed the lives of over 10,000 people from a total number of 25,000 affected. The outbreak originated in Guinea and subsequently spread to Liberia, Sierra Leone, Nigeria, Senegal, and Mali.

In three of the countries most affected by the epidemic—Guinea, Sierra Leone, and Liberia—approximately 90 languages were spoken. The sheer variousness of languages spoken, most of which were local dialects, presented a number of serious challenges:

These factors quickly developed into a full-blown communications crisis.

‘In the Ebola epidemic, rumors and misinformation were rampant and fueled the spread of Ebola.’ —Aid worker

The organized humanitarian response was immediate, but the language and illiteracy factors impeded aid efforts. For instance, most of the Ebola-related materials were disseminated in print form and written in English. The literacy rate among adults in these countries (according to UNESCO) was at 48%. But the majority of the affected population did not understand English (even in countries, like Sierra Leone, where English is the “official” language).

According to a UNICEF survey conducted in Sierra Leone, 30% of those interviewed mistakenly believed that Ebola was mosquito-borne, while 30% incorrectly believed it was airborne, and 42% believed that hot salt-water baths were an effective cure for the disease. The Ebola virus is transmitted through direct contact with infected blood or body fluids; the virus is not transmitted through the air, nor by mosquitos. There are no proven treatments for Ebola nor are there commercially-available vaccines (approved for clinical use in human beings) to prevent individuals becoming infected.

In considering such a situation, it is important to realize that the flow of communications during a crisis is never a static matter. Unlike physical resources and services for aid, in which people must await their arrival and implementation, informational activity does not just cease pending the delivery of official information. Information continues moving across the community, and with that comes the risk of spreading inaccurate information or transforming accurate messages into misinformation.

As in the “telephone game,” we know that the act of transmission alone has the capacity to divergently fragment and recombine meanings contained within a single message. When information is transmitted in the wrong language and translated into multiple languages in a manner that could not be monitored for accuracy, then informational aid efforts have the reverse effect of accelerating the initial crisis rather than containing it.

Translators without Borders and the Words of Relief project

Understanding the critical importance of translation in the Ebola relief efforts, Translators without Borders (TWB) brought one of their recent and innovative projects—Words of Relief—to West Africa. Words of Relief (WoR) is a translation crisis relief network that provides translation services across the globe via “spider networks” to humanitarian aid organizations who generate content for aid workers to deliver in the affected areas. In the case of the Ebola crisis, WoR would provide translation support for medical advice and prevention messages to be disseminated in various formats across West Africa.

Tapping into a vast network of supporters, advisors, and social media, TWB was able to recruit translators from the United States, Ghana, Sierra Leone, Mali, France, Switzerland, Germany and Kenya for its spider network. As there were very few “professional” translators available to translate content into West African languages, TWB put together an online training program via Skype to further vet language skills and align translation efforts with TWB methods and guidelines. Upon completing the program, translators were put to work translating documents for various humanitarian aid organizations (including International SOS, Ebola Communications Network, Humanitarian Response Info, ReliefWeb, BOND Ebola working group, and the CDAC Message Library) who were actively involved in the relief efforts.

Within a 3-4 month span starting on November 2014, TWB’s network translated 106 items including posters, social mobilization and SMS messages, videos, maps, and Ebola cartoons in 30 languages; a total of around 81,000 words.

TWB’s support in the Ebola crisis proved invaluable, as many of the humanitarian aid organizations would not have had the means of resources to provide medical and health-related information in multiple languages. Organizations working in affected regions were now able to access and distribute content in the right language and various formats to affected populations. Ultimately, such efforts were significant in helping to slow down and prevent further spread of the disease.

Translators Without Borders delivers value to the world

In addition to TWB’s collective experience, technological capabilities, and vast network of global translators, their value as an organization stems in part from the fact that many governments and NGO aid agencies do not (or lack the capacity to) position translation as a priority. In a number of cases, TWB found that aid organizations lacked content to circulate to those in need. Many NGOs don’t produce their own content. For the agencies with content, end-to-end access to — and delivery of —content to those who need it, proved extremely difficult.

Although the dissemination of information in the right language would be considered an absolute necessity in times of crisis, most aid agencies are often stretched too thin to perform this function well. And although most of these agencies utilize content as an important part of their operations, content creation, management, and delivery are typically not areas in which most aid agencies have dedicated expertise.

TWB’s greatest value in the humanitarian services field is that they are able to fill this large gap in a way that most aid agencies and governments cannot. But to fulfill the potential of establishing such a wide-reaching service, TWB must establish a larger volume of awareness and advocacy across the humanitarian community in order to gather the necessary funding and support so that it can effectively partner with aid agencies across the globe.

Operating in the “space of flows”

Providing aid-related information to communities entails a dual function: it’s about directly providing the right information to communities in need as it is indirectly about countering the possible circulation of misinformation. To perform this function well (and often in response to urgent needs), the content generation, translation,  transmission, and delivery process has to be executed in a manner that is as close to synchronous as possible, both temporally and spatially.

Information travels at different speeds, depending on the available means of transmission–human, technological, and linguistic. In cases where the means of communications are severely hampered, information will typically travel at the speed of “spaces” or proximity, meaning that the bulk of the messages are transmitted locally or via local networks and means.

TWB’s valuable contribution to this space is its capacity to operate on a global scale both inside and outside target communities to organize and generate translated content at a virtually synchronous rate–operating in the “space of flows” (a term I am borrowing from theoretician Manuel Castells).

But as a translation services organization, TWB nevertheless relies heavily on the cooperation of humanitarian agencies to originate and deliver content in its various formats to the communities that need it. Hence the need for a wider awareness and advocacy for TWB’s cause.

As TWB learned from the Ebola epidemic, illiteracy is a factor that should not be overlooked. Aid-related content in written form yields few benefits if the majority of a given population cannot read them. In Sierra Leone, where posters had been translated to local dialects, reports came in that many people in the local population preferred seeing posters in English as they were not used to seeing their own local dialects in written form.

The capacity to assess the need for and produce content in multiple formats are tasks that many NGO’s do not have the means to take on. In anticipation of such needs, TWB is looking into enhancing its audio and video formats and text-to-speech technologies. Content relevance varies not only in terms of format but also “genres” (i.e. various forms of narrative that are relevant to a specific culture or locale). Having the means and understanding to produce translated content in locally relevant formats will be helpful in effectively delivering meaningful information, particularly when reaching out to populations with literacy gaps.

Looking toward the future

In February of this year, TWB welcomed its new Executive Director, Aimee Ansari. WIth 20 years of global work experience in various organization including the United Nations Development Programme, Oxfam, and CARE, Ansari brings to TWB a unique set of humanitarian organizational perspective and skills honed during various deployments to crisis-laden areas, including the South Sudanese Civil War in 2013. (Note: we will be publishing an interview with Aimee Ansari in an upcoming article so that you can get a more comprehensive view into her unique background and experience).

TWB is currently working with aid agencies to provide services for the European refugee crisis. Amid this massive response effort, Ansari is looking ahead toward ways in which TWB can “massively expand its impact” on the world through providing access to information across language barriers.

When asked what content professionals of all types can do to support TWB, Ansari sees many possibilities, both current and in development:

“Donating time and money is always welcome, of course. Running a fundraising or awareness event is very much appreciated and we need that help. We are currently thinking through some new strategies around content creation and [other content-related] strategies. So watch this space – there will be more coming soon!” 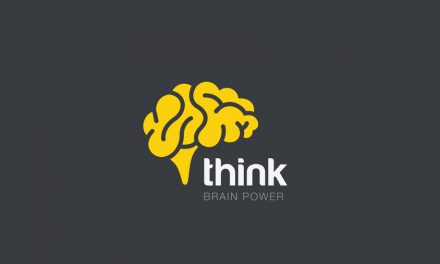 Workshop: Use Brain Science to Control What People Remember

L10N Reality Check: Industry Insider Shines Light On The Dirty Little Secrets Of The Translation And Localization Industry That You Won’t Learn At A Webinar

The History of Translation