Diversity. It’s good for business. We know this instinctively. It just makes sense. But can it make dollars? According to the folks at McKinsey & Company, the answer is a resounding, “Yes.” A new report estimates that if Silicon Valley were to close the gender gap, the region would gain $25 billion (9%) in gross domestic product (GDP) by 2025.

Equality is a hot topic in boardrooms around the U.S. It seems like everyone is talking about it. But, it’s not a new topic. In fact, some forward-thinking technology executives have been working to break down barriers and advance gender equality for the past several decades.

Meet Michael Rosinski, President and Chief Executive Officer of Astoria Software. I met up with Michael at a recent event to chat about the gender gap and his thoughts on how to achieve gender parity in the software industry.

TCW: Thanks for making time to chat with us today, Michael. Tell us a little about yourself and what you do.

MR: Thanks for the opportunity, Scott. Today, as you noted, I serve as president and CEO of Astoria Software. I have been a captain of the application software industry for over 30 years, completed two IPOs in the enterprise resource planning (ERP) and supply chain market segments. Previously, I served as president of a European professional services automation software firm and I sold a Goldman Sachs funded software company. Technological change occurs quickly and requires an executive to constantly reinvent themselves.

TCW: What is Astoria Software?

MR: Astoria is a component content management solution that is a must-have for any company that has complex products that require technical product documentation — internally for maintenance and operations and externally to provide instruction for customer use.

The word “component” in CCMS refers to an XML element, so a CCMS is system for keeping track of XML elements and the linkages between them. Every phrase, sentence, and paragraph is a unique XML element with its own audience, translation history, product affiliation, and what have you.

What are the benefits of managing individual XML elements?

The answer is simple. If you need to deliver the right content, at the right time, in the right language, on the right device and in a format appropriate for that device, you need a CMS that gives you precise control over every piece of content you are responsible for managing. You need a system that helps you assemble modular, granular components of content into any form-factor or format you need. And, you need a system that will help you do all of this automatically and in real time. In short, if your organization values your content as a business asset and aims to produce highly personalized content, you need a CCMS to make it happen.

TCW: There’s been a lot of discussion about workplace gender diversity in news lately. Groups like Women in Technology (http://www.womenintechnology.org) and Leading Women in Technology (https://www.leadingwomenintechnology.org) have done a good job leading the charge for fairness and equality. But, despite the well-intentioned efforts of many, the technology industry in the United States is still lagging behind other industrialized nations. I know you were an early proponent of bringing women into technology sales. Can you talk to us about this?

MR: In the 80s and 90s, enterprise application software sales was dominated by men. Recognizing the achievements made by female sales professionals in the real estate and luxury automobile sales arenas, I decided that it was time to take a chance on women; to insert them into the mix and see if they could close multi-million dollar enterprise software deals as some of their male counterparts had done. I hired three women to join our previously all-male sales force at American Software. The results were impressive. Of the three women sales reps added to the roster, one quickly rose to become my second highest grossing sales team member.

The bottom line? Hiring women was no different than hiring men in terms of performance—out of every three hires, you have a super hero, a stable performer, and an under-performer. That 66% success hire rate is a great performance for enterprise sales, regardless of gender. The insider joke at the company, however, was that these were Michael’s Angels (named after the popular TV program at the time, Charlie’s Angel’s).

These and other hires opened the door for women in the software industry: from sales to consulting, from development to customer service, and from finance to upper management. Carly Fiorina, Safra Katz, Co-CEO at Oracle, and Ruth Porat, CFO at Google are the results of these early efforts by forward-thinking technology leaders.

TCW: Did you encounter any resistance when you started bringing women to fill what were traditionally thought of as men’s jobs?

MR: Since I was leading the company, direct resistance was minimal since I was successful with other hires I had made previously. That said, there were a few sneers—and raised eyebrows—when I hired three women sales executives in succession. As women’s performance matched men’s performance, any objections eventually disappeared. One of the initial keys to acceptance was to treat every employee with the utmost respect — fairly and equally.

When you broaden the talent pipeline, you open the possibilities of success for your company. In fact, research from McKinsey indicates that “companies in the top quartile for gender or racial and ethnic diversity are more likely to have financial returns above their national industry medians.” (http://bit.ly/1QhB4ur)

TCW: Have any of the women you hired remained in the technology sector? Have any went on to be successful or in leadership positions?

TCW: Why do you think there continues to be a gender gap in the tech sector? What advice would you provide other company leaders who have yet to incorporate women into their technology sales and management teams?

MR: To be honest, I really do not see the gender gap of 20 or even 10 years ago. Our parent company, TransPerfect, was founded by a man and a woman, both currently Co-CEOs. The tech sector offers the greatest opportunity for wealth creation besides Wall Street and does not care what you look like. There are probably more women CEOs in technology than in any other industrial sector. The sales function is easily measured by the numbers produced which takes the guesswork out of performance reviews, similar to a professional athlete. Have women and men jointly recruit women; diversity is also important in the hiring process.

TCW: Thanks for your time today, Michael. I really appreciate your sharing your stories and your experience.

MR: Thanks, Scott. I enjoyed our time together. 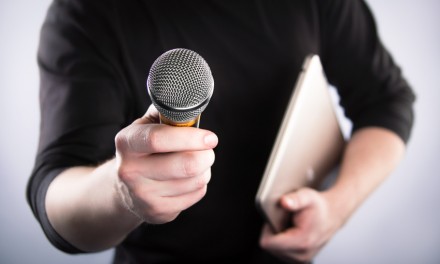 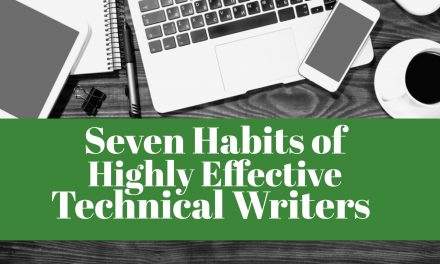