Your Satisfaction May Be Guaranteed, But It’s Seldom A Priority [Part One Of Many] 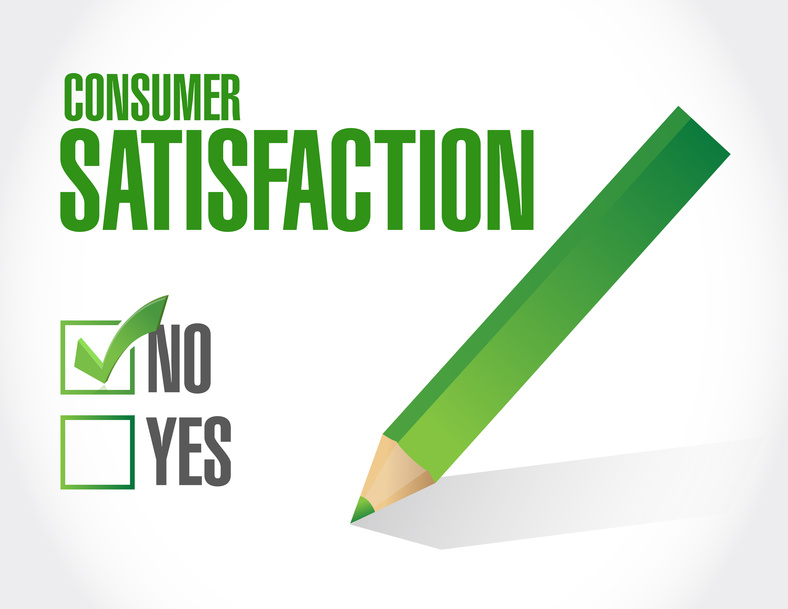 “Your satisfaction guaranteed or your money back”. It’s a familiar marketing proclamation often made by product manufacturers and service providers who are confident that you will be satisfied enough not to return a product or demand a refund on a service.

The “satisfaction guarantee” used to be a key differentiator, something companies were willing to promise would-be purchasers, perhaps, because they believed their products and services to be of superior quality, and therefore unlikely to be deemed unsatisfactory. But over the years, the money back guarantee has become a de facto expectation among consumers. In many places, customers have a legal right to their money back if a product doesn’t work as promised, or a service fails to meet expectations. Small claims courts, dispute resolution services, and television magistrates like Judge Judy in the United States are asked to intervene when disagreements arise.

More recently, consumers have taken their dissatisfaction online. When they are so motivated, they use personal blogs, social networks like Facebook, social broadcasting sites like YouTube, micro-blogging services like Twitter, and product and service ratings sites like Yelp and Angie’s List to share the details of their dissatisfaction with the crowd. When their complaints are echoed by others who have had similar experiences, they are amplified in ways that negatively impact future sales of those products and services. Conversely, customers looking to purchase products and services are increasingly using the social web to seek out opinions of others before they decide to buy, in hopes of avoiding negative experiences.

The Shifting Balance Of Power

Research shows that consumers value customer reviews, even if they are submitted by people they do not know. As a result, the opinions and ratings discovered online, can — and do — impact purchase decisions. In fact, almost one-quarter (21 percent) of the people in a recent survey said they “changed their minds about buying a product or service” after reading two bad reviews, and more than one-third (37 percent) said reading three negative reviews would persuade them against buying a particular product or service.

Movie and restaurant ratings and reviews are often used by consumers seeking to plan an enjoyable night on the town. Hotel reviews are used in similar ways by travelers. Forums and socially-enabled customer support sites are used by potential buyers of all sorts of products — from software to automobiles — as well as consumers seeking to find a doctor, plumber, pet-sitter or other service provider.

The social web has shifted the balance of power. No longer are unsatisfied customers likely to be silent, powerless victims. Instead, they are anti-evangelists, actively working against the marketing and public relations efforts of the brands that let them down. What they seek is usually what was explicitly promised to them — or guaranteed by law — satisfaction. But, more often than not, and depending on how their complaints were handled, dissatisfied customers take their frustrations out on a brand by looking for opportunities to share their negative experiences with others in ways they believe will be detrimental to the brand.

Some seek vengeance. Others just want to be acknowledged; to be heard in a way that validates their feelings. When they feel they have been treated unfairly, it’s not uncommon for them to become ardent enemies of the brands that failed them, using their negative experiences as a weapon whenever and wherever they can. The worldwide megaphone that is the social web is fast becoming the tool of choice.

What Is The Problem?

None of this is a secret. In fact, you’ve probably heard this all before. And, so too, have the brands that continue to fail us. They have known for years that they provide mediocre service and flawed products. But that hasn’t stopped them from attempting to market their way into profitability by making only the improvements they determine are worth the effort.

Many companies look for the next bright, shiny object to wave in front of us, hoping that its allure will be too much for us to resist

They know many of us are dissatisfied, but more-often-than-not, they are so disorganized (siloed) and inappropriately focused almost solely on short-term sales that they miss the bigger picture — developing a positive lifetime customer relationship that leads to extremely satisfied customers who voluntarily become unpaid product evangelists. Think Apple.

Their focus has been on deflecting our dissatisfaction by promoting the next big improvement. They hope the glitzy and expensive marketing push will make us forget that the product doesn’t work as well as it should and that improvements that were known to be needed for years have been “reprioritized”.

Organizations driven by marketing for short-term gain seldom seek to reduce dissatisfaction by actually fixing problems. Instead, they look for the next bright, shiny object to wave in front of us, hoping that its allure will be too much for us to resist.

When Silos Spoil A Christmas Surprise

Brad Sachs wanted to surprise his mother with a special gift. He and his father conspired to select the perfect present for her. After shopping around, they settled on the Apple iPad.

They weren’t alone, of course. Millions of Apple iPads were given as gifts during the 2010 holiday season, many of which were purchased online at apple.com or at one of the company’s Apple retail stores. iPads are also available at retail outlets like Target, Best Buy, and at retail stores provided by the telecommunication providers Verizon and AT&T whose networks make possible wireless voice and data communication on the popular electronics device. Unfortunately for the Sachs’, they opted to purchase the their gift at their local AT&T center. Big mistake.

The purchase transaction was notable, says Sachs, in two ways: One good and one bad.

“I was really happy with the AT&T in-store experience,” said Sachs. “It was busy and only a few days before Christmas. I wasn’t sure we would even be able to get an iPad on such short notice. But, my AT&T sales representative made sure we would have a present for mom. She went above and beyond what I expected. She drove to another store and brought back an iPad. Talk about customer service.”

Unfortunately for AT&T, and for the Sachs’, that’s where the good part of the experience ended.

“I was so happy,” said Sachs. “We snuck the present into the house and we’re going to surprise mom on Christmas morning. As it turns out, AT&T both made our surprise possible (due to the actions of the retail store employees) and then turned around and ruined it. It was a case of one hand not knowing what the other was doing.”

Before he completed the purchase transaction, AT&T asked Sachs for his mom’s email address, presumably so they could provide all the needed information to her. After all, she was going to be the new owner of the device, so that made perfect sense. But, AT&T didn’t bother to think through the shopping process from a customer vantage point or they would have known to plan for gift purchases and set up the process so that the person actually doing the purchasing would be asked about the retail experience and the person receiving the gift would be contacted only after the holiday was over.

Two days after Brad and his dad purchased the iPad, AT&T sent an email to Sachs’ mother, who wasn’t (until then) even aware that she owned an iPad. The company’s customer service arm wanted to know her opinion of the retail shopping experience during her recent visit to the store to purchase an iPad. #Fail.

It’s clear that AT&T does not have a content strategy — and governance — in place to ensure that customer experience is front and center. They failed when they put their desire for feedback ahead of the customer.

AT&T IS NOT ALONE. CONTENT SILOS RUIN EXPERIENCES EVERYDAY IN NEARLY EVERY ORGANIZATION

This is a problem caused by silos. AT&T has lots of them. I’ve written about their challenges before. Most specifically, when they sold me residential phone service in a region of the country where regulators had not allowed them to sell. This wouldn’t have been such big deal, except that they also billed me for said services. And, when I didn’t pay the bill (after all, why would I pay for service they never activated) they threatened to disconnect services they never connected. After a few months, they threatened to turn me over to collection bureau. It’s kind of humorous in retrospect, but not so funny to investors who trust AT&T to use their investment dollars wisely.

To their credit, AT&T did learn about my story (ironically, from the blog you are now reading) and responded to me directly. After a vice president got involved, my account was closed, invoices adjusted to zero, and the calls (demanding payment for services they did not provide/were not allowed by law to provide) ended.

On the other hand, I seldom have problems with the mobile division of AT&T. They provide long-distance and data service for my iPhone and iPad devices. But, I believe my positive experiences are in part due to my avoiding (at all costs) entering and AT&T retail outlets. Unlike the Apple stores, there are no geniuses there. In fact, every time I have violated this rule and gave the retail arm of AT&T another chance, I was disappointed. Not so at the Apple Store. My visits to their retail outlets, both online and in-person, are almost always so much better than other experiences with any retailer that I can’t help but notice the difference.

It’s not the marketing that makes the experience, although it’s clear to most that no organization does it as well as Apple. It’s the process. Apple knows how to remove the stumbling blocks that are encoded into the DNA of most old school retailers. Their stores are loaded with knowledgable, friendly associates (average number of employees — and sales — per square foot dwarfs any retailer) who find out exactly what you need, retrieve it, and ring up your order from an iPhone. No lines. No cashiers. Your receipt delivered to your email inbox. In and out in a flash.

But despite their best efforts at exporting the Apple experience to third-party resellers, Cupertino has not been able to prevent snafus like the one experienced by the Sachs family. Sure, the sales associate at Sachs’ local AT&T store went beyond what many customers would expect (and they should be commended for it), but the process ruined the customer experience.

Over the coming weeks I will share with readers a variety of customer service snafus caused by content silos. Hopefully, these real-world stories will help these organizations spot — and fix — some of the most common (and costly) content problems.

If you’ve got stories to share (and I bet you do!), let me know. I’d love to hear from you! 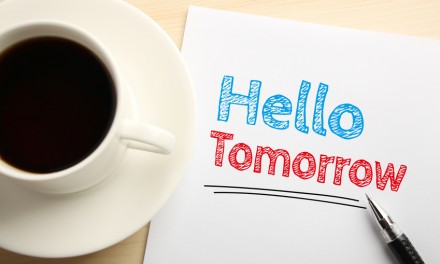 Hey, Book Publishers! Evolve or Get Out of the Way 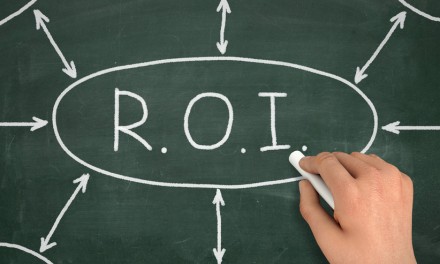 The ROI Of Customer Experience

How A Taste Of Kindle Reader For Blackberry Made Me Hunger For More (And More, And More) 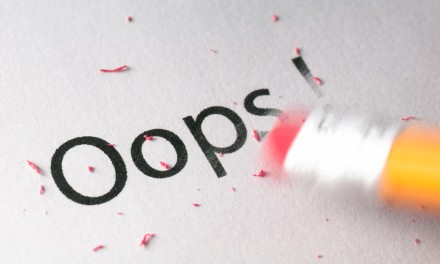 Facebook Faux Pas Number Two: A User Experience Only Programmers Could Have Devised